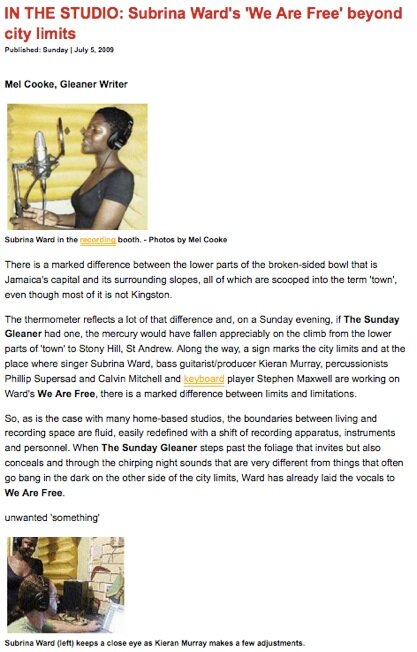 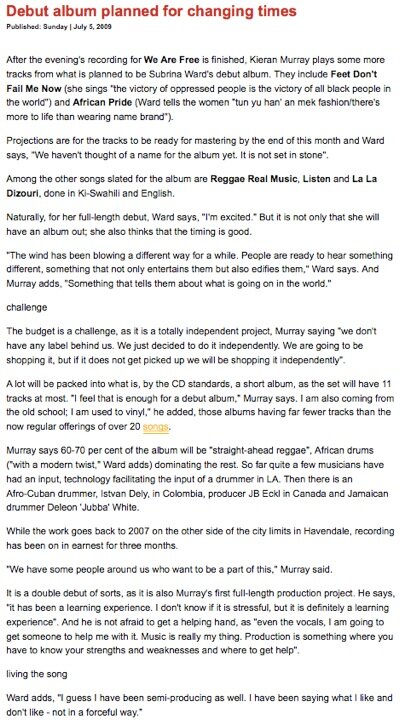 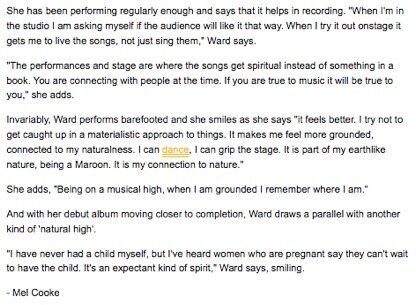 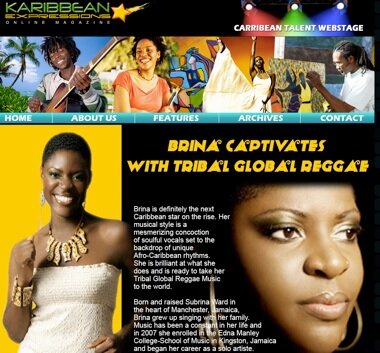 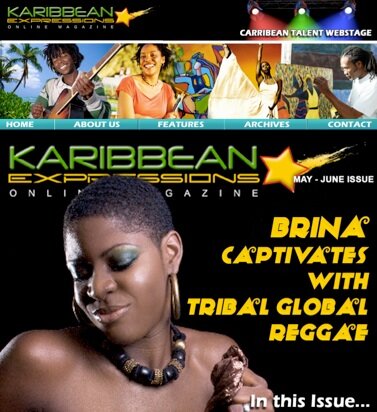 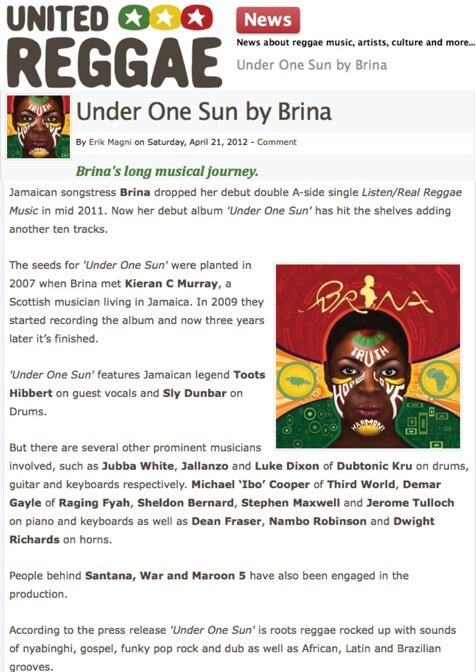 English Translation from Dutch of Review by Jah Shakespear in www.reggae.be

In the history of reggae there are but a few female singers that have a classic album to their name. Phillys Dillon in the late 1960s, Marcia Griffiths and Judy Mowatt in the seventies, Love Joys perhaps (for Wackies in New York), and in dancehall, Lady Saw, Tanya Stephens and Etana. For lovers count I still like Sister Nancy (Techniques) and Ranking Ann (Ariwa) but the attractiveness of their songs were based mainly on the riddims.

The tenth name on that list of mine should be Brina. Bri who? Subrina Ward, a Jamaican woman who in 2007 bumped into the Scottish musician and producer Kieran Murray, with whom she is now married. This man has also produced this beautiful debut album by Brina, recorded in Kingston, the Blue Mountains, Los Angeles and Cartagena (Colombia). He himself plays bass, and has gathered a few fine musicians, including in the first track and Listen - the Rass Brass: Dean Fraser, Nambo Robinson and Dwight Richards. Another prominent guest is Toots Hibbert, in the magisterial Guns and Roses originally by Lucky Dube, one of the two covers in the selection. The song has a strong up-tempo beat, gradually blossoms, and fully opens, with solid flourishing guitar work and a long, colorful finale, clocking and off at almost 8 minutes. Not the longest track, though the most impressive.

The typical sound of Lucky Dube is also echoed in Soul's Song, African crossover pop up to the final verse where the rhythm suddenly shifts to reggae-à-la-Dube with the same harmonies. So we know immediately where that lyrics are about: ' Wandering up and down the streets of Kingston, I heard the sad news they've gunned you down. ' For once it is not about street violence in Jamaica.

The lyrics are printed in the cd booklet, and that is a good thing. Brina has something to tell, and she does that in beautifully eloquent words. “There's more to life than wearing name brands,” she sings in Where is your African pride? and “You don't need a mirror to tell you who you are.” That African identity is also reflected in the Lullaby Lala Vizuri (Sleep my little baby), with a verse in Swahili. The gentle, swaying reggae rhythm is in sharp contrast with the raw reality that outlines Brina. Daughter of Zion, a tasty one drop with a jazzy offshoot, empowers all queens and empresses, in the name of Allah and Jah, but especially of Baha'u'llah, the founder of the worldwide Baha'i faith. Under One Sun is inspired by a prayer of Abdu'l-Baha, Baha'u'llah's son. “Look to the east for the brave new teachings from Persia” : whether by this, the singer means Iran, is unclear, but it all sounds very Rasta. Especially as she also begins to juggle words like revolution and revelation, and sends messages of consciousness: “Get rid of negative distraction, fed by the materialist infraction." The closing sentence of the song would be just as good a mantra of Bob Marley (And for half of it, this is in fact the case) : 'One love, one world.'

That last track of the album contains four musical movements. It begins as a sultry Bossareggae, then transforms to a classic one drop (with remarkable flute), another change of pace, and ends in a kind of samba. Equally ambitious is the albums first track, a true anthem of reggae, a sing-along-to-be even, with surprisingly creative arrangements and backing vocals. And also “Feet don't fail me now” is a nice piece of work. An aperitif of nyabinghi and Zap Mama-like scatting (halfway through the album it is used in unplugged form as Interlude-Binghi Breathing Space), as a starter, a piece of rock reggae, a poppy chorus as a snack, and then a main dish of ragga beats. The story of emancipation and liberation Brina tells this time is dedicated to Assata Shakur, related with Tupac, but also herself a notorious celebrity, once a member of the Black Panthers, convicted of murder, fled from prison and already 20 years in exile in Cuba. The CIA has her classified as 'domestic terrorist'. Just to mention where Brina gets her inspiration when she encourages us to think freely.

As a singer Brina may be a little reminiscent of Etana but that probably has more to do with the lack of female competition. Brina is simply an excellent, versatile singer who amply deserves this kind of rich production. What pleases me most, besides this ripe and most convincing voice, is the emphatic presence of the nyabinghi rhythms, in Feet Don't Fail Me Now as intro, almost all the way in ‘Where is your African pride?’ (that towards the end becomes fluent afropop) and the purest in We Are Free, Brina's own Rastaman chant, with a typical mid-tempo change of pace, so peculiar to the Rastafarians grounation. Instant classic.

For the first time in a long time I also heard a hidden track, in this case the distorted voice of Brina in the mix with a menacing synthesizer. Strange choice, to close with, but even this way, she pushes you with your nose on the facts. “…Stop the isolation tribal division/People dem iration have no conception of the equation/spiritual solution is the inspiration….”

Musically a sparkling, non-alcoholic cocktail of reggae, dancehall, r'n'b, and latin, a voice full of sun and afropop soul (supported by brilliant background vocal harmonies), lyrics which give you strength and hope: I love you Brina. 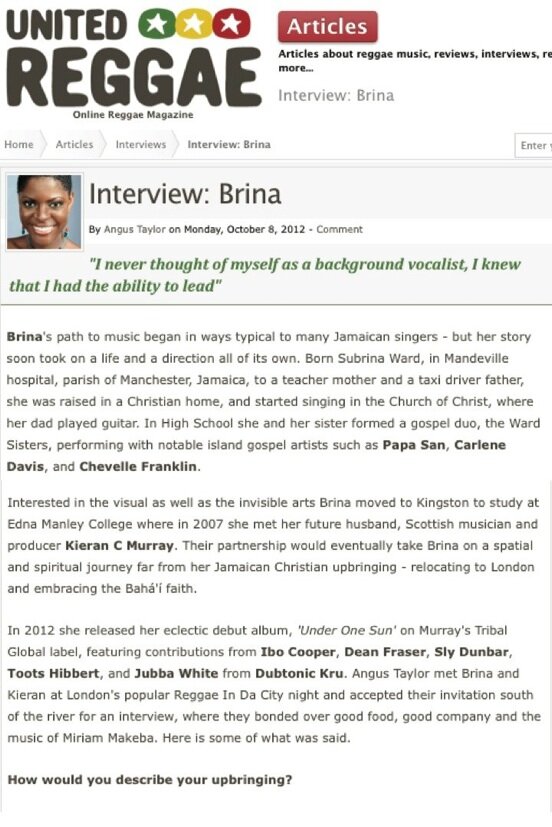 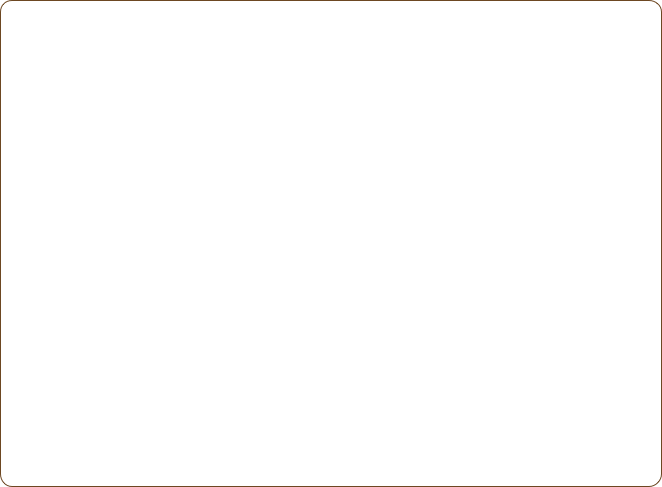 Read my interview in United Reggae, the Online Reggae Magazine.

From the Jamaican Gleaner Sept 30th 2014 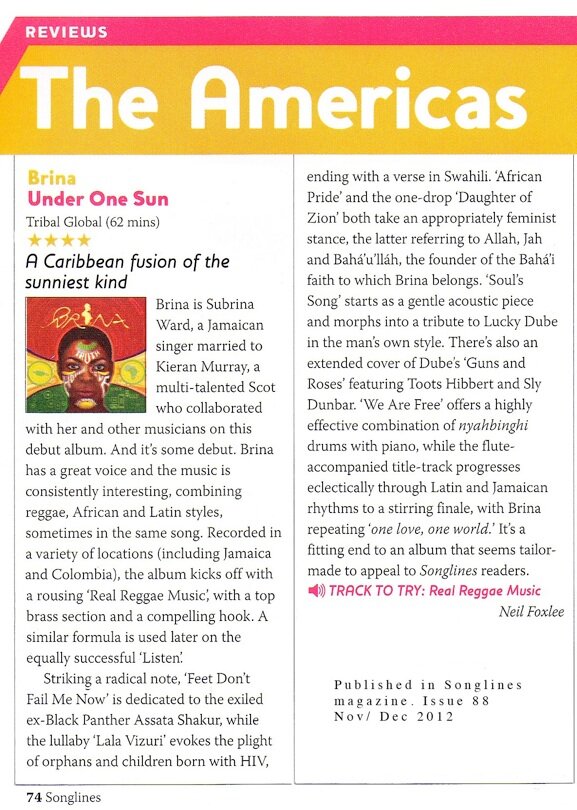